US reappoints Takreem El Tohamy, IBM’s General Manager for the Middle East and Africa, to serve on key Advisory Council

US reappoints Takreem El Tohamy, IBM’s General Manager for the Middle East and Africa, to serve on key Advisory Council

view post Naigeriabuzz
<p class="">The U.S. Secretary of Commerce Wilbur Ross, has announced that the Department of Commerce, on behalf of the President of the United States, has reappointed Takreem El Tohamy, IBM’s General Manager for the Middle East and Africa, to the U.S. President’s Advisory Council on Doing Business in Africa (PAC-DBIA).</p> <p class="">The PAC-DBIA was established […]
1
105

<p class="">The U.S. Secretary of Commerce Wilbur Ross, has announced that the Department of Commerce, on behalf of the President of the United States, has reappointed Takreem El Tohamy, IBM’s General Manager for the Middle East and Africa, to the U.S. President’s Advisory Council on Doing Business in Africa (PAC-DBIA).</p>

<p class="">The PAC-DBIA was established in 2014 to provide analysis and recommendations to the US President, through the Secretary of Commerce, on strengthening commercial engagement between the United States and Africa. In its third term, 2019-2021, the PAC-DBIA will continue to play a critical role informing U.S. government policies and activities across the continent, particularly in advancing the economic pillar of the Trump Administration’s Africa Strategy through Prosper Africa. This is a whole-of-government, economic initiative to substantially increase two-way trade and investment as well as support increased jobs in the United States and Africa.</p>

<p class="">“<em>I’m honored to again represent IBM on the President’s Advisory Council working closely with the US and governments throughout Africa to drive initiatives that help spur economic growth and prosperity across the continent,”</em> said El Tohamy. </p>

<p class=""><em>“For almost a century in Africa, IBM has been collaborating with local governments, partners and organisations across all industries to help businesses get smarter and transform how people live and work.</em>”</p>

<p class="">With a direct presence in 24 African countries, including two research facilities and 17 technical and client delivery centres, IBM continues to put in place the systems, infrastructures and processes to underpin the continent’s economic and social transformation. Working closely with its clients and partners, IBM is bringing large scale transformation to Africa with its innovative technologies and new approaches across industries.</p>

<p class="">For example, IBM is helping bank the unbanked, empowering entrepreneurship, contributing to sustainable farming and protecting African wildlife. IBM has been leading initiatives to tackle the continent’s pressing healthcare and education challenges, and even access to safe water.</p>

<p class="">IBM has long realised its responsibility to focus on skills development in Africa. IBM has designed <em>“IBM Digital –Nation Africa (D-NA)”</em>, a skills development program aimed at accelerating Africa’s digital literacy. In collaboration with the Ministries of Egypt and Morocco, IBM rolled out its P-TECH schools to empower African youth with new skills for today’s sought-after jobs. That includes “new collar” jobs, where having the right skills matters more than having a specific degree. IBM also is collaborating with 16 universities across the continent to bring Quantum computing to Africa and train students and professors on this revolutionary technology.</p> 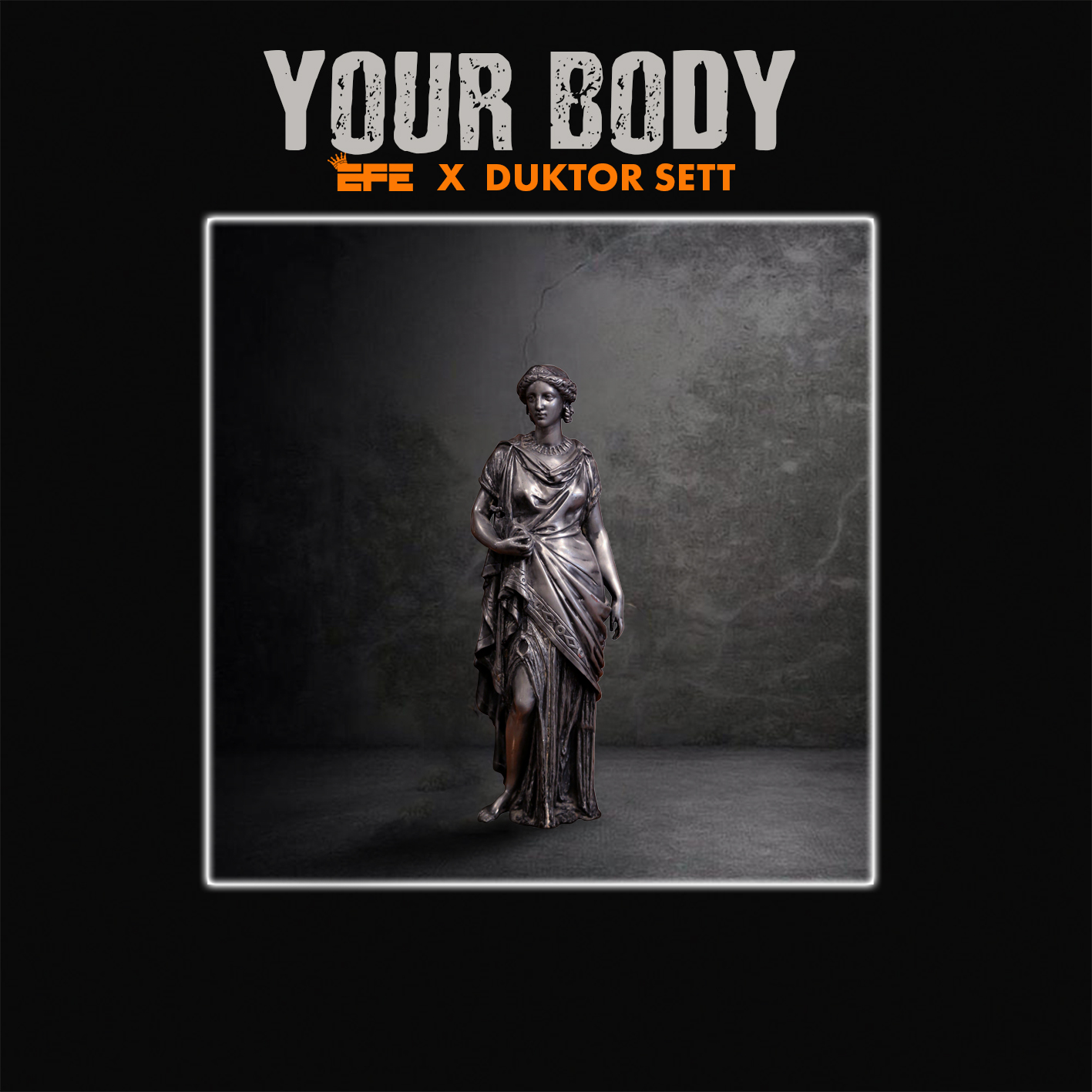 view post Naigeriabuzz
Efe comes through with the first single of the year, “Your Body” featuring Duktor Sett. “Your Body” is dedicated to every beautiful woman. Listen to the track below. https://www.bellanaija.com/wp-content/uploads/2020/01/Your-Body.mp3 Download The post New Music: Efe feat. Duktor Sett – Your Body appeared first on BellaNaija – Showcasing Africa to the world. Read today!. Related
2
14 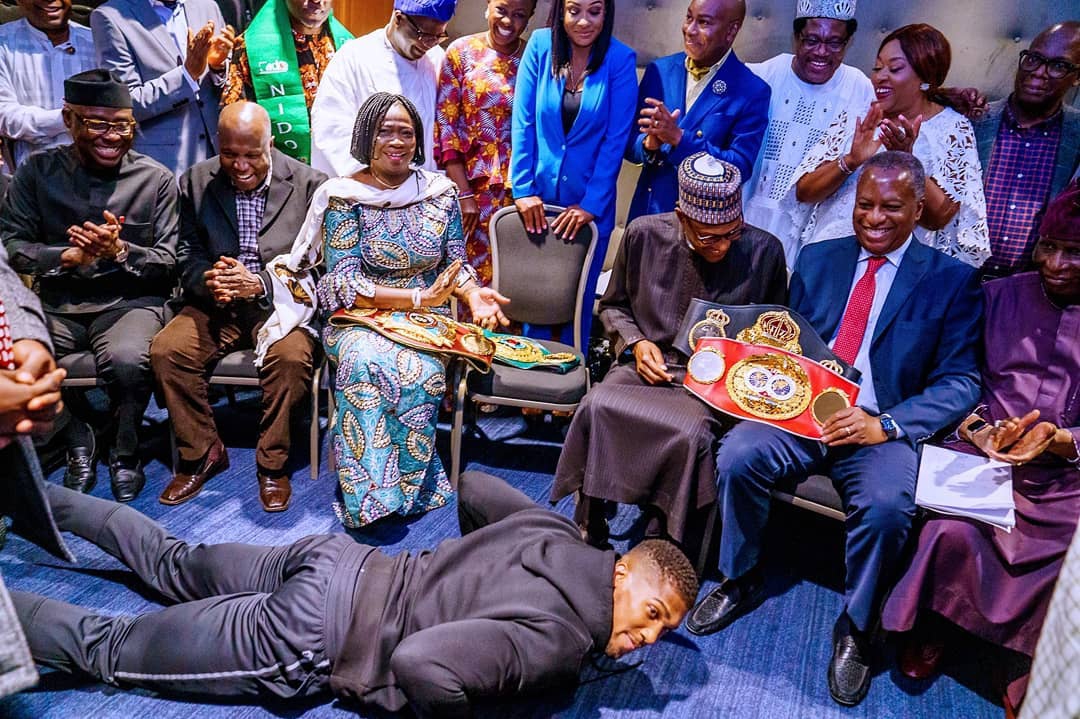 view post Naigeriabuzz
Heavyweight boxing champion, Anthony Joshua, presented his championship belts to President Muhammadu Buhari during Buhari’s meeting with Nigerians living in the United Kingdom on Saturday. Anthony Joshua presented the belts to President Buhari and some government officials in London, thanking them and stating that he never forgot his roots. He also proceeded to prostrate before a […]
0
11 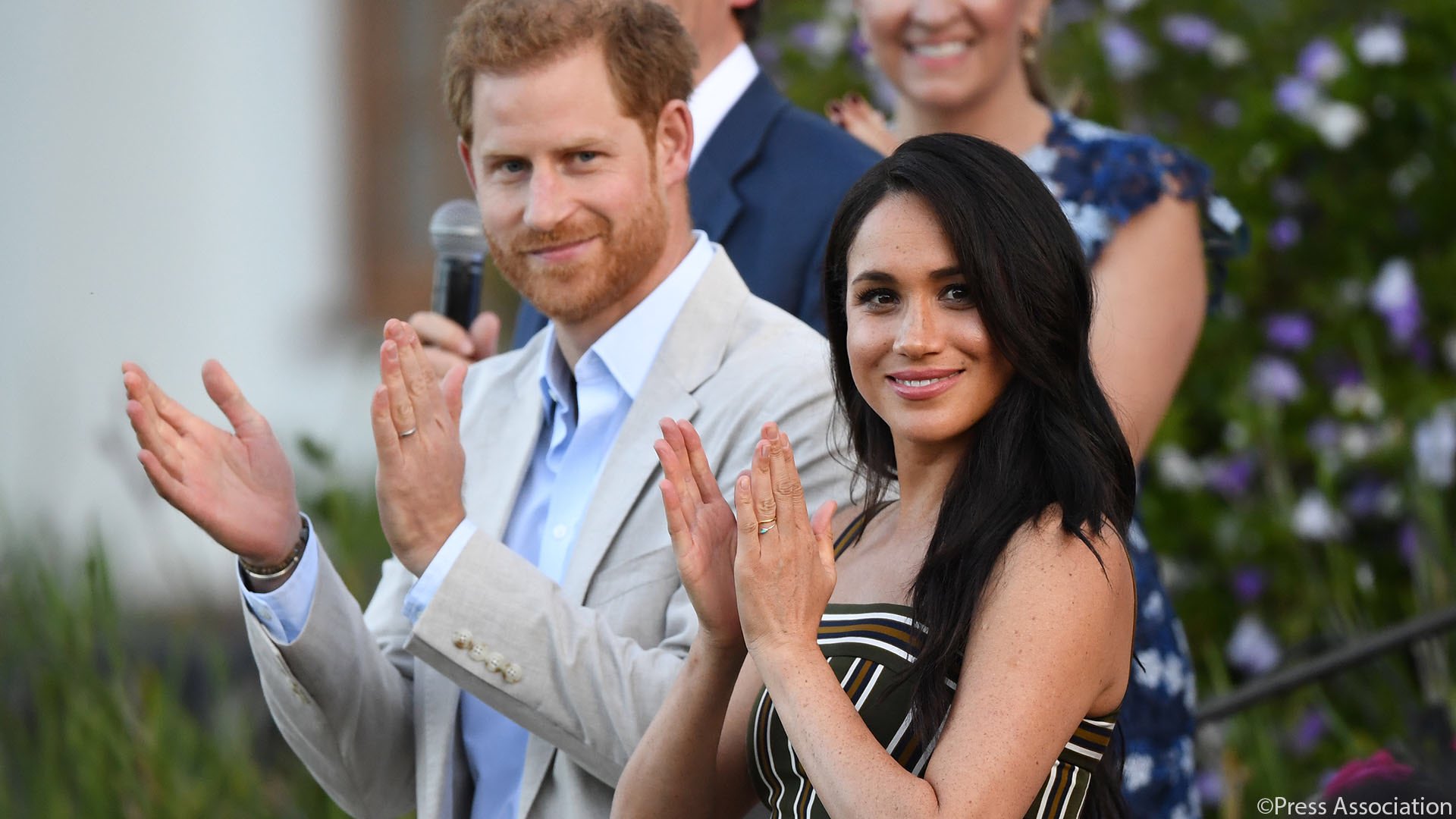 view post Naigeriabuzz
Buckingham Palace has released an official statement as regards the “stepping back” of the Duke and Duchess of Sussex, Prince Harry and Meghan. The statement comes a few days after Queen Elizabeth and other members of the royal family held a meeting with Prince Harry on Monday, at the Sandringham estate in eastern England, to […]
1
14 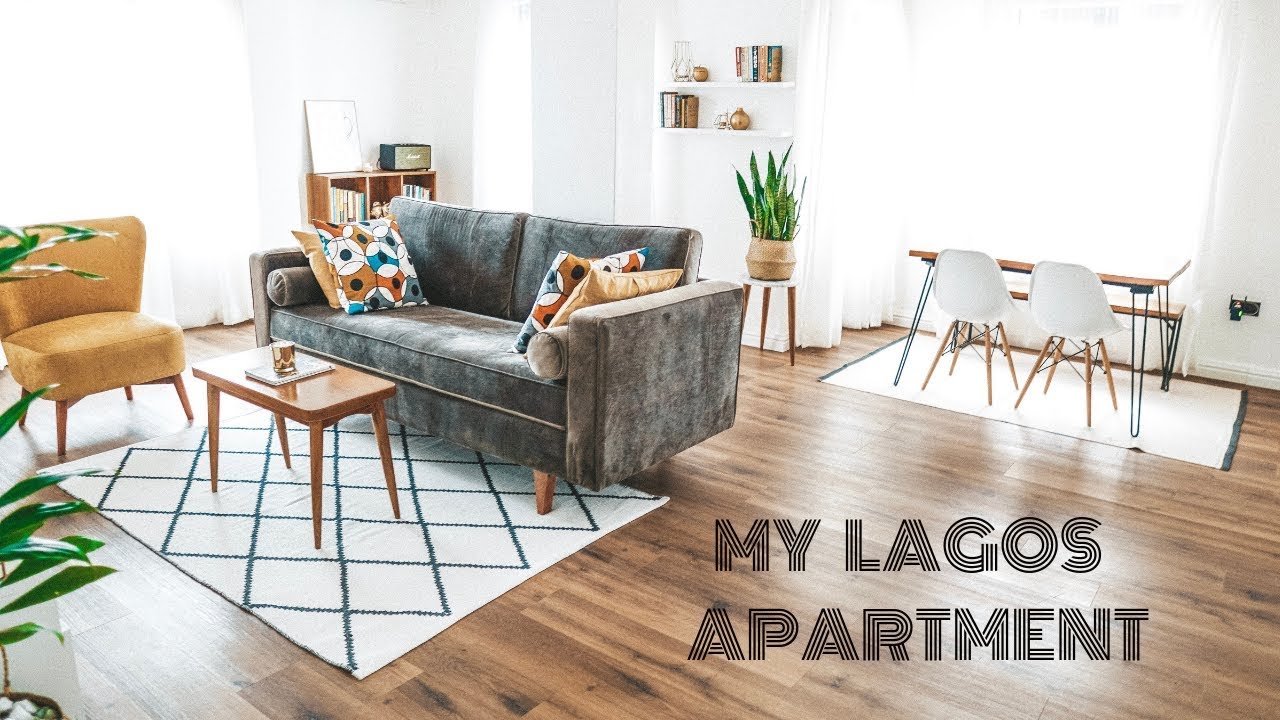 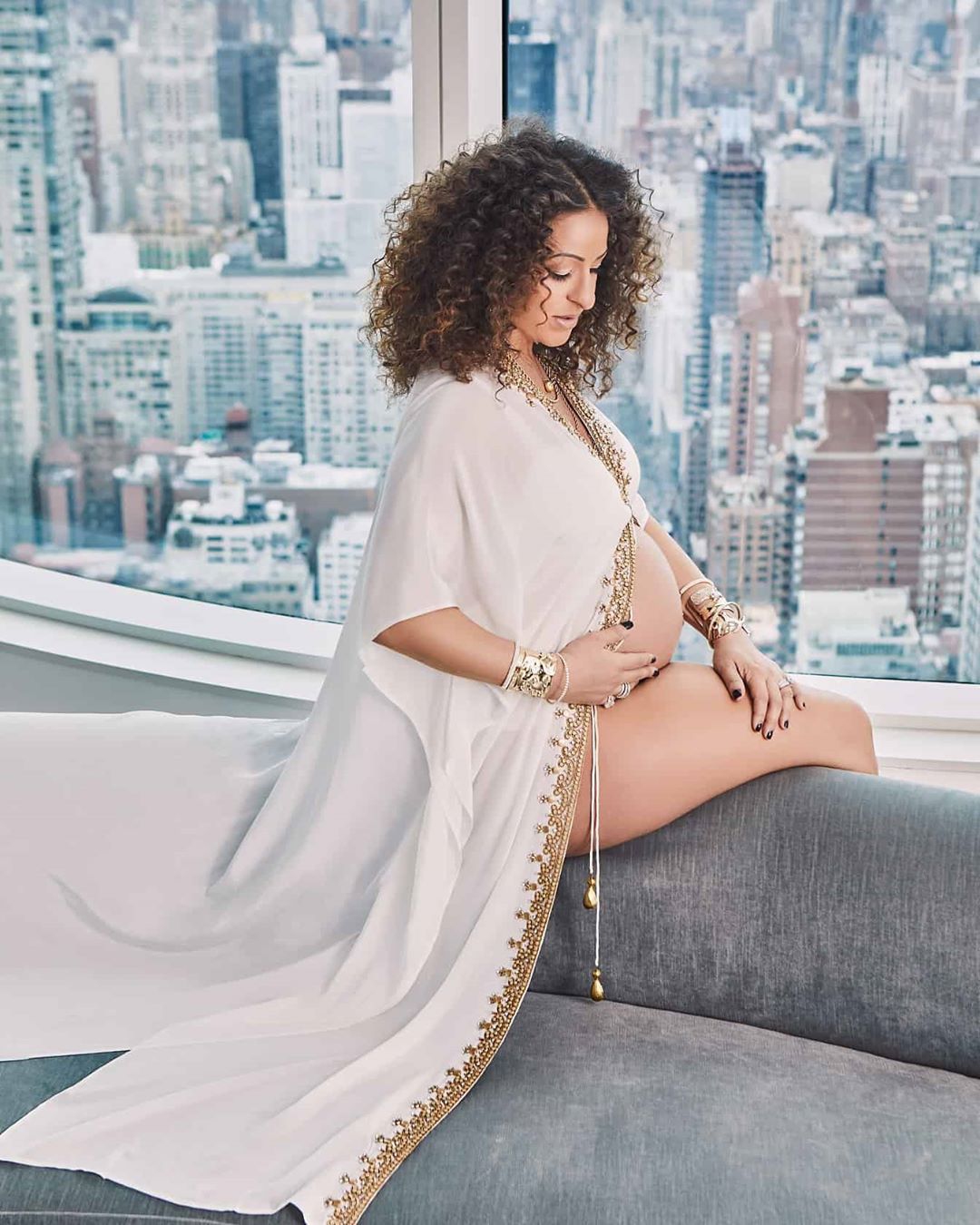 view post Naigeriabuzz
American record producer DJ Khaled is really excited about baby number 2 and he’s not hiding it. The hitmaker shared photos of his pregnant wife, Nicole on his Instagram who tenderly cradled her baby bump while posing in a long silky dress and smiling at the camera. His first son, Asahd has also contacted the excitement bug […]
0
12 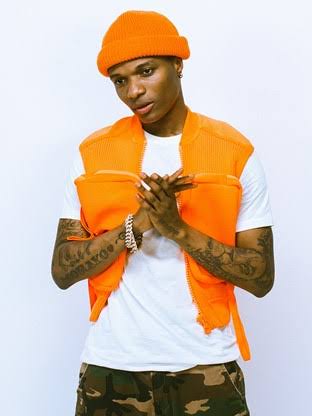 view post Naigeriabuzz
Nigerian songwriter and singer, Ayodeji Ibrahim Balogun alias Wizkid, has good news for his numerous fans as he revealed he has been working hard in the studio. Multi-award winning singer, Wizkid The multi-award-winning singer, who started recording music at the age of 11, took to Twitter to share what he has been up to and […]
0
8 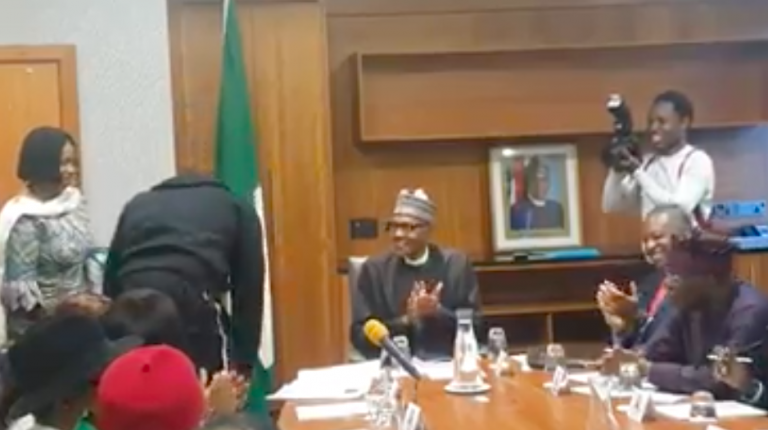 view post Naigeriabuzz
A video circulating online shows the moment British Boxer, Anthony Joshua officially met with President Muhammadu Buhari in London on Saturday. Popular boxer, Anthony Joshua and President of Nigeria, Muhammadu Buhari The world heavy-weight Champion presented his championship belts to the president in the presence of some government officials and his family. Information Nigeria recalls the […]
0
9 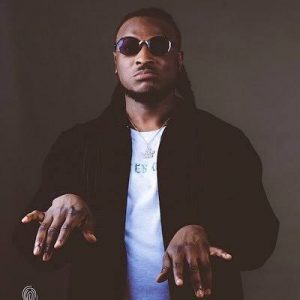 view post Naigeriabuzz
Nigerian Singer Peruzzi The entertainment scene has been embroiled in series of controversies between Peruzzi, his former boss, king Patrick as well as Davido. It all started with Patrick who owns Golden Boy entertainment alleging that Peruzzi’s contract at Davido’s DMW was all scam and not properly documented. Since making the comment, a series of […]
0
9 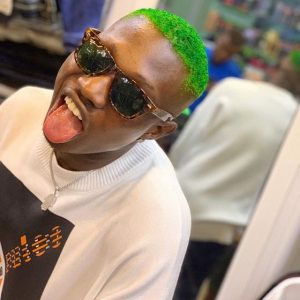 view post Naigeriabuzz
Nigerian Singer Zlatan Could anything be more than words of encouragement from friends to each other when one of them is down??? It is definitely no doubt that popular singer, Tobechukwu Victor Okoh simply known as Peruzzi has a good friend in person of Zlatan. Taking to his official twitter handle on Saturday, 18th January, […]
0
9 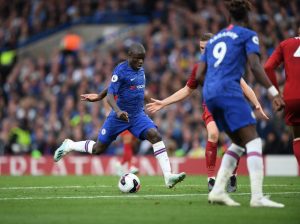 view post Naigeriabuzz
Chelsea’s players during a match Chelsea was defeated by a lone goal during the Premier League late kick-off against Newcastle at the St James Park on Saturday. The Blues had started the match hoping to open a 8 points lead over 5th placed Manchester United who travels to Anfield on Sunday. However, the Magpies offered […]
0
9 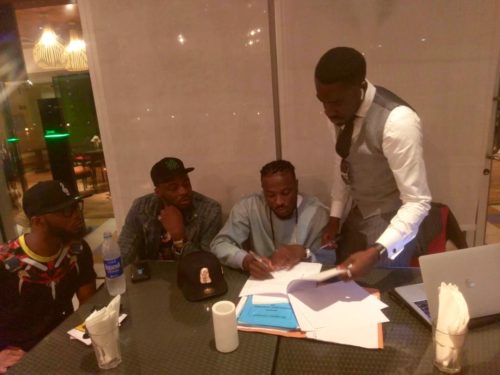