Ajebutter sets off on a high pace with his brand new single titled “Ginger You“. On this addictive record, he features Mayor Of Lagos, Mayorkun who murdered the cool love jam with his unique voice, vibe and melody. ‘Ginger You‘ was produced by Spaxx. Listen below https://www.bellanaija.com/wp-content/uploads/2020/02/Ajebutter22-Ft.-Mayorkun-Ginger-You.mp3 Download The post New Music: Ajebutter feat Mayourkun – Ginger You appeared […] 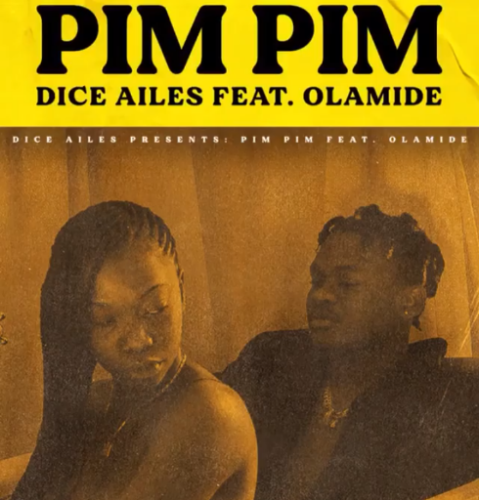 Art Cover for “Skaataa Dance” Hot on the heels of the successful release of “I Have Never Seen God Change,” Multiple award winning international Gospel music minister Sammie Okposo collaborates with ace comedian and singer Akpororo for the radical praise single titled “Skaataa Dance.” Like the title suggests, It is an energetic adrenalin-pumping call to […]

Pepenazi drops visuals to the track “Right Man” featuring Oluwadamilola, off the album, “My Coat of Many Colours“. This track describes the virtue that makes a man right. This message should contribute to the reduction of gender-based violence and other banes in our family spheres today. This video was shot in the heart of Manchester […]

Lil Frosh has released a new track titled “Kole Re Body” featuring Mayorkun, produced by Fresh VDM and mastered by Spyrit Myx. This track comes after the release of his previous record tagged “50 Fifty.” Listen to the track below. https://www.bellanaija.com/wp-content/uploads/2020/02/Lil-Frosh-ft.-Mayorkun-Kole-Re-Body.mp3 Download. The post New Music: Lil Frosh feat. Mayorkun – Kole Re Body appeared […]

Is ‘Parasite’ a feat beyond Nollywood?

<p class="">The just concluded award season saw the surprising rise to fame of South Korean filmmaker Bong Joon-Ho and his multiple award winning dark comedy, ‘Parasite’. What’s in it for Nollywood?</p> <h1>Bong Joon- Ho’s ‘Parasite’ has in the last few months, warmed its way into the hearts of the international film audience. The dark comedy […]

After taking a hiatus from the music scene, Charly Boy is back with a new track titled “God of Men (Fake Pastors)” featuring Falz. The visuals for “God Of Men (Fake Pastors)” features Nollywood veteran, Segun Arinze, the track produced by Acesoundz and video directed by Unlimited L.A. Listen to the track below. https://www.bellanaija.com/wp-content/uploads/2020/02/Charly-Boy-ft.-Falz-God-Of-Men-Fake-Pastors.mp3 Download. […]