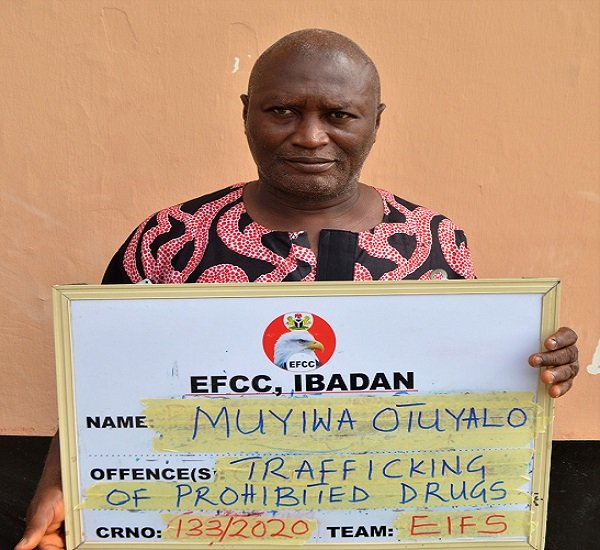 Man Arrested For Smuggling Drugs To Son In EFCC Custody

A 60-year-old fish-farmer, Muyiwa Otuyalo, has been arrested for attempting to smuggle a substance believed to be hard drug for his son, Damilola Otuyalo, who is currently in the custody of the Economic and Financial Crimes Commission, EFCC. According to the report, Otuyalo was at the Ibadan zonal office of the commission on Monday, […]

“Fresh investigation has commenced on the allegation and the suspect will soon appear in court,” the police boss said. The post Sex Scandal: OAU lecturer in our custody – Police appeared first on Premium Times Nigeria.

Over a month after he was intercepted and arrested at the Abuja airport, the former attorney-general remains in custody without trial. The post EFCC keeps ex-AGF Adoke in illegal custody ahead of arraignment in court appeared first on Premium Times Nigeria.

El-Zakzaky Will Remain In Custody Because Of All The Pains He Has Caused: El-Rufai

Ibraheem El-Zakzaky Governor of Kaduna State, Nasir El-Rufai says the leader of the Islamic Movement in Nigeria, (IMN), Sheikh Ibrahim El-Zakzaky, will remain in DSS custody because of the pains, he and his supporters had caused the people of Kaduna State for over 30 years. Speaking at a live radio interview on Friday, the governor […] A Nigerian lady has found herself in police custody after she tried to make away with N950,000 which her lover mistakenly sent to her account. According to Joshua Odeyemi who shared the news on Twitter, after the duo met themselves, the girl started demanding cash from the guy for different reasons. The first time she […]

Dadiyata is not in our custody – DSS

Months after Abubakar Idris, a social media influencer and government critic popularly known as Dadiyata went missing, the Department of State Services (DSS) has debunked claims of him being in their custody.   In a statement released by DSS spokesman Peter Afunanya on Tuesday December 31, the secret police said it has no reason to deny the arrest and […]

<p class="">The Federal Government maintains that it doesn’t interfere in cases that are being prosecuted by state governments.</p> <h2>Abubakar Malami (SAN), the Attorney-General of the Federation and Minister of Justice, has explained why the leader of the Islamic Movement of Nigeria, Sheikh Ibrahim El-Zakzaky, and his wife, Zeenat, were not released.</h2> <p class="">Addressing why the […]

After Four Years In DSS Custody, Dasuki Reunites With His Family (Photos)

A Nigerian man identified Anthony Oluseye Akinyemi has taken his own life in US ICE custody. The 56-year-old man died early Saturday morning after officials at the Worcester County Jail in Snow Hill found him unresponsive in his cell. The agency said the preliminary cause of death appeared to be self-inflicted strangulation. READ ALSO – Nigerian […]

DSS explains why Dasuki, El-Zakzaky decide to remain in its custody

The State Security Service has not released the activist, two days after a federal judge sign bond for his release. The post We’re waiting for someone to collect Sowore from our custody — SSS appeared first on Premium Times Nigeria.